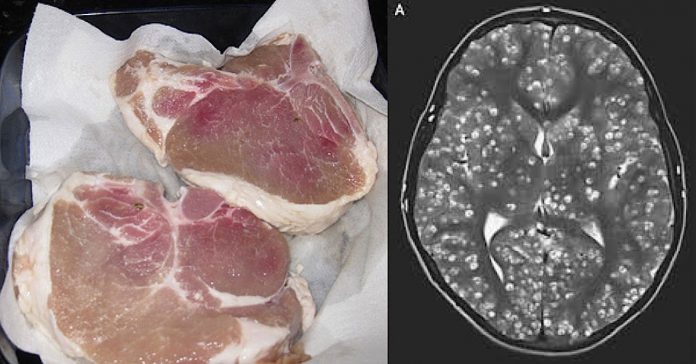 An 18-year-old from India went to the emergency room after he has a sudden sharp pain in his groin area. He also had seizures.

When he arrived at the ER, he was confused and dazed. The doctors did scans and found out that the man had brain lesions. He also had cysts in his groin and eyes.

The doctors and nurses made every effort to save the man’s life. However, he ended up dying two weeks later.

The man’s name has not been released. He died from a condition called neurocysticerosis. This is a parasitic infection that affects the central nervous system.

The man had parasites inside of his brain. The cysts that the doctor saw in his brain were actually larval cysts from the tapeworm eggs.

The infection spread throughout the man’s brain and his entire body.

Neurocysticerosis is a condition that occurs when one eats underbooked beef or pork.

That is why it is important to make sure that you cook your beef and pork thoroughly before eating it.

Do not eat any of your meat rare or raw. It is okay to eat meat medium-rare in most cases.

Additionally, you will need to make sure that the temperature of the meat reaches at least 145 degrees Fahrenheit.