When parents and guardians leave their children in the care of daycare centers, they are entrusting those companies with a very serious responsibility.

This trust is something that staff members from the My Little Playhouse Learning Center breached.

A video taken by a laughing employee at the Lubbock, Texas daycare center has gone viral after being posted on social media.

The video shows an incident that was taken during the daycare’s snacktime.

Apparently, a young girl had been refusing to eat, and in order to force her to do so, a staff member grabbed her by the hair and pulled and pushed her fiercely towards the food in front of her on a plate while ordering her to eat. 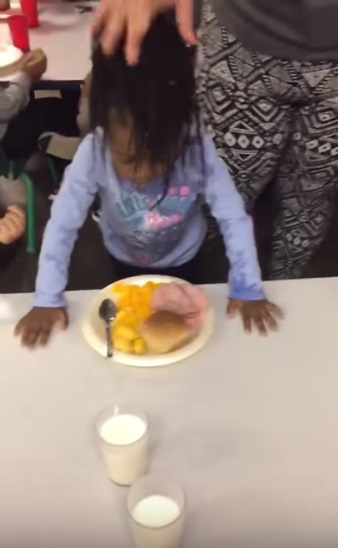 In the background of the video, the employee recording the cruel, heartless acts can be heard laughing.

Neither of these staff members seemed to have a shred of conscience about them for what they were doing, and it has led some to wonder if this negative treatment was a result of racism from the employees.

It wasn’t until the 17th of January that the video began to spread around the Internet.

Up till then, the poor girl’s family, unaware of what she was going through, continued to drop her off at the center regularly.

It’s unclear how long this mistreatment has been going on. Shanna Walker, the grandmother of the young child, only stumbled upon the video 20 minutes before she went to pick her up from the daycare center in January.

She was, understandably, furious. 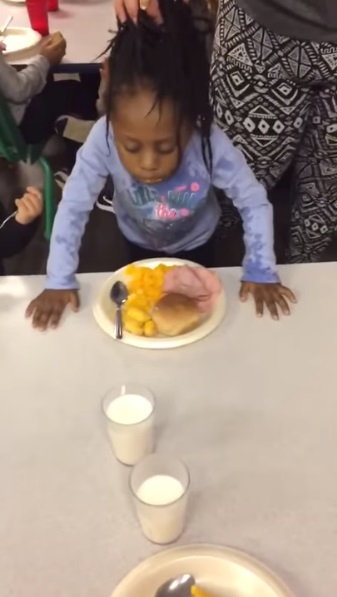 According to Wilson, this is the first daycare center that she has ever used, as she has always been extremely protective of her four-year-old and three-year-old children.

After this bad experience, she does not wish to use daycare services ever again. 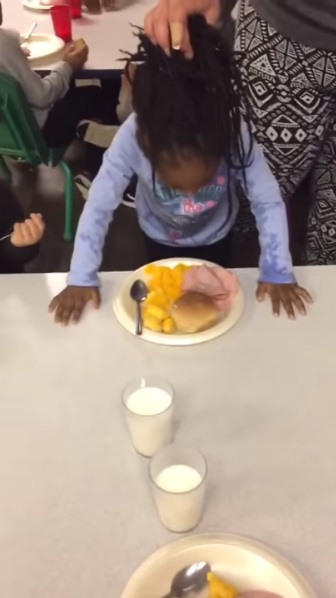 The young girl’s family are seeking for legal charges to be brought against the staff member who manhandled her.

The Lubbock Police were also informed of what happened after the video went viral.

Meanwhile, the daycare center has been attacked angrily due to their negligence and supposed obliviousness to this abusive treatment.

In response, the center released a statement that said the employees involved with the footage were fired, and that the police and authorities were investigating.

They also stated that the Texas Department of Childcare Licensing was informed of the situation.

However, they have declined to reveal the names of the employees involved, much to the anger of the girl’s family.

Many have accused the daycare facility as acting too cautious about the situation. 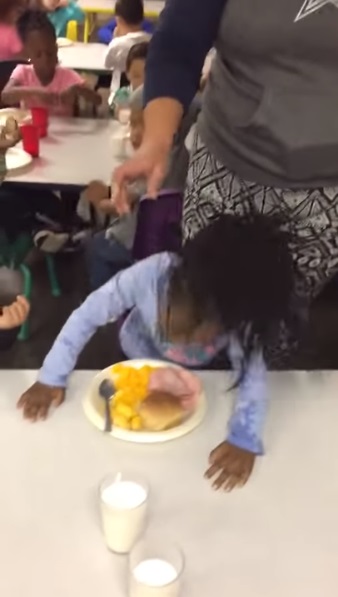 Walker feels truly betrayed by the horrifying incident, especially given how she put the lives of her precious daughters in the hands of this center.

She also believes that the person who recorded the footage of the event is equally responsible.

Even more disturbingly, this girl’s family would never have found out about the abusive treatment if the video had not gone viral.

If it hadn’t circulated around social media, the girl would have continued to be sent back to the center time and time again.

It is more important than ever that those who care for the children of others practice responsibility, kindness, and do not cross lines that even parents will not cross.