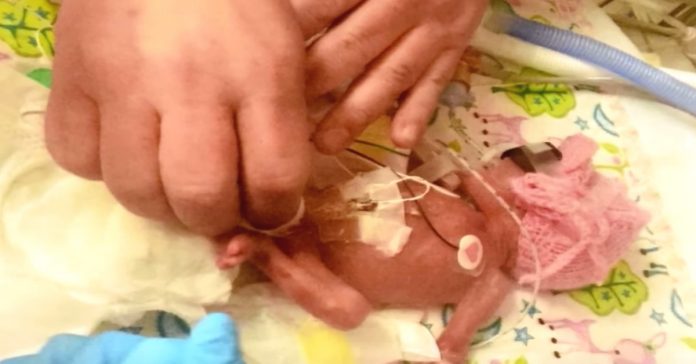 For many parents, the thought of having biological children of their own and raising a family is the ultimate goal.

Having a child is no small commitment either- just trying for a child can be incredibly stressful for many would-be parents, and is a journey fraught with far too many perils and heartbreaks.

Either parents could be infertile for any number of reason, or have low-quality sperm and/or egg, or just simply don’t even have the time to get down to it.

We haven’t even taken into account just how difficult it is to carry a child to term.

Even in this modern day and age where the miracle of modern medicine is a blessing, miscarriages and mishaps in the fetus’s development happen far more often than many would think.

Also, the health risks associated with pregnancy is not as well known as it should be.

There is a reason why birth rates declined and children’s survival rate soared after the advent of modern medicine.

With more and more children and their mothers now surviving to full term, through pregnancy, and beyond, there is less of a need to have so many children to ensure the family’s lineage persists.

Even then, problems still occur. Despite our best efforts, miscarriages and stillborns still happen frequently, and for a variety of reasons.

For a young couple anticipating a child, the loss in and of itself is already gut-wrenching.

What’s even worse is just how physically and emotionally taxing pregnancy is for both mother and father. To spend all those months dealing with the pregnancy, only to find out it was all in vain is heart-shattering.

So when Victoria Bradley was told that her baby might be born too early, we can only imagine how heartbroken she must have felt.

Just only twenty-four weeks into her pregnancy, this young mother was full of excitement and anticipation over the tiny blessing she was carrying in her womb.

She was soon to find out, however, that her pregnancy could be devastating should her baby be born too early.

There was nothing they could do but take precautionary measures, wait, and hope.

The goal was to ensure the baby would stay inside Victoria’s womb for as long as possible so that her soon-to-be newborn would have a higher chance of survival.

Her pregnancy was an emotional rollercoaster, with everyone on the edge.

Thankfully, it all ended in a miracle- into the world came Victoria’s two-pound daughter, born two days after the cut-off date for when she would have been aborted.

Doctors, however, were cautiously optimistic, and warned that the newborn may not live for very long. This is because the average survival rate for newborns born this early was only 20-30 percent.

For the baby’s best chance at survival, she was given Kangaroo care – a highly recommended caring method for premature babies wherein the baby is given skin-to-skin contact to help with bonding and its health.

Against all odds and through illnesses and hardship, this baby lived and thrived, and is now living a happy, healthy life.