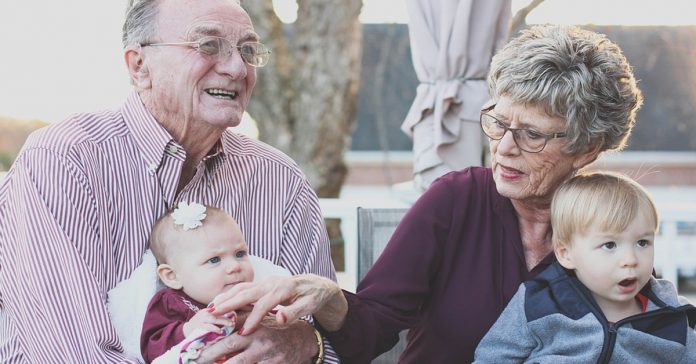 The number of cases of patients with dementia or Alzheimer’s is steadily rising and is expected to get even higher in the decades to come.

However, researches have begun to find links to things that may combat the advancement of these conditions, or prevent their onslaught altogether.

Some believe that the best medicine for grandparents with dementia or Alzheimer’s is their own grandchildren: specifically, babysitting and watching over their grandkids. Yes, that’s right!

The North American Menopause Society journal recently published a study that featured grandmothers with grandchildren, and it was found that those who had babysitting times a few times a week with their grandkids came out with better scores on cognitive tests; these tests were the same as those taken by all participants.

But why does this happen?

Dr. Diana Kerwin, who is also the founder behind Texas Alzheimer’s and Memory Disorders, explains that the best way to boost brain power is by ensuring regular social interaction.

When you’re with a child, you’re interacting with them, teaching them, and playing games with them that help to exercise the mind.

If you’re bringing a kid out on a trip to the zoo or to the park, or even just helping them with their homework or learning simple vocabulary, you’re making sure your brain gets some activity done.

You’re always teaching and guiding, and this boosts the brain and memory.

It’s worth noting that the study found that grandparents who babysit too often – five days or more weekly – scored lower results on the cognitive tests; these tests are the same that all participants in the study took.

As with all things in life, it seems that this is all about finding the right balance. Repeatedly being under the stress of babysitting for most of the week can lead to more cognitive issues than it cures.

You can do absolutely anything with your grandkids to enjoy these positive effects.

Read with them, write letters back and forth, play dress up or role play, draw, color, and play games! You can even garden, bake, and cook with grandchildren.

It’s a win-win situation – you get to spend time with your little loved-ones and give your brain a workout, they get to learn from you, and both sides bond with each other.

Of course, this doesn’t only apply to grandparents.

While these conditions are more common in the elderly, anyone at most ages can develop dementia or Alzheimer’s, so don’t forget to keep your brain active and well-exercised for better memory, stronger cognitive power, and an overall mood lift!