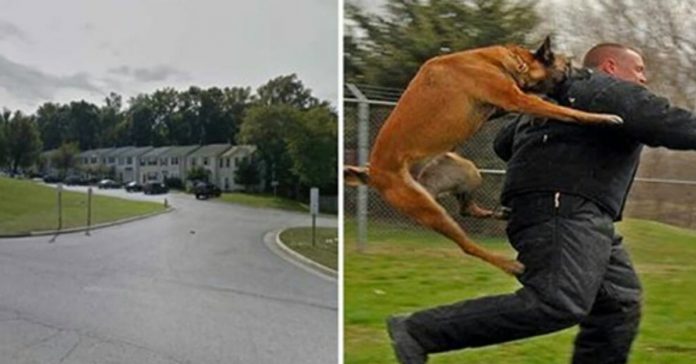 Dogs are man’s best friend – and continue to prove it over and over (and over)!

On July 28, a 10-year-old girl in Virginia was approached and physically assaulted by a stranger while she was walking her dog at about 3:45 pm.

The man grabbed her arm, but didn’t expect the dog to react!

The dog bit his arm, and he let go! The man ran off, and the girl was not injured.

Why would someone attack a person walking a dog?! That doesn’t seem to make sense.

The police have not found the suspect but say he is a Hispanic male, about 145 lbs. with short brown hair and a goatee.

It is likely the man also has a dog bite on one of his arms! He was last seen wearing light colored long pants and a white striped shirt.