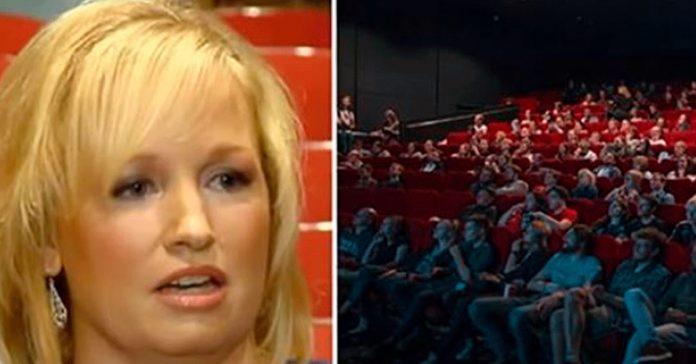 Rebecca Boyd and her 12-year-old daughter were distraught when her husband lost his job.

To help ease the sting, Rebecca decided to bring her daughter out to watch Cinderella at Tannehill Premiere Cinema 14 – a little spark of happiness amidst a cloud of uncertainty, and what was likely the last of these movie treats for a while.

The pair wound up sitting in front of a few teenagers, which would have been fine – except they were noisy and continually kicked the seats.

Rebecca turned around and tried to ask them to keep it down, but the teenagers shot back rudely and refused to listen. As such, the entire movie was full of disturbances. 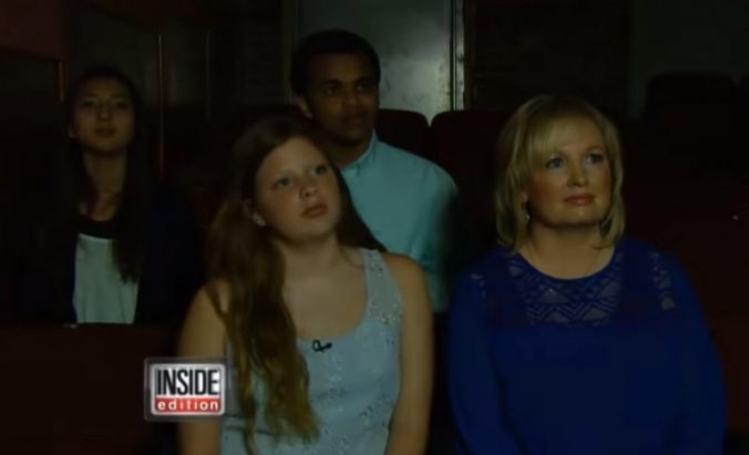 Later on, Rebecca told the group of teenagers – two girls and a boy – why this movie with her daughter was so important to them. The teenagers continued to be obnoxious.

Luckily, one of them wasn’t: the boy, the big brother of the group. Rebecca and her daughter sadly left, not expecting much to come out of it.

That’s when the teenagers’ mother found out from the big brother about what happened.

Kyesha was absolutely horrified when she found out, so she took to social media and reached out, hoping to find Rebecca Boyd and her daughter.

Her post included details about the time and date of the movie in order to better identify Rebecca and her daughter. 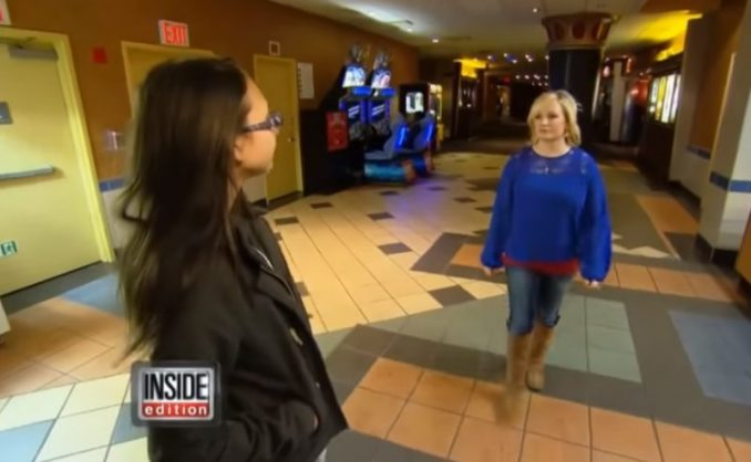 She explained that she had dropped her son, 13-year-old daughter, and stepdaughter off for the 7 pm showing of Cinderella, only to be told by her son that her daughters had been rude to complete strangers after they asked the trio to be quiet.

She said that her son told her that the teens were later approached by Rebecca and her daughter, and that they told them about her husband being laid off and said their actions ruined the evening for them – the last movie they’d be able to see for a while. 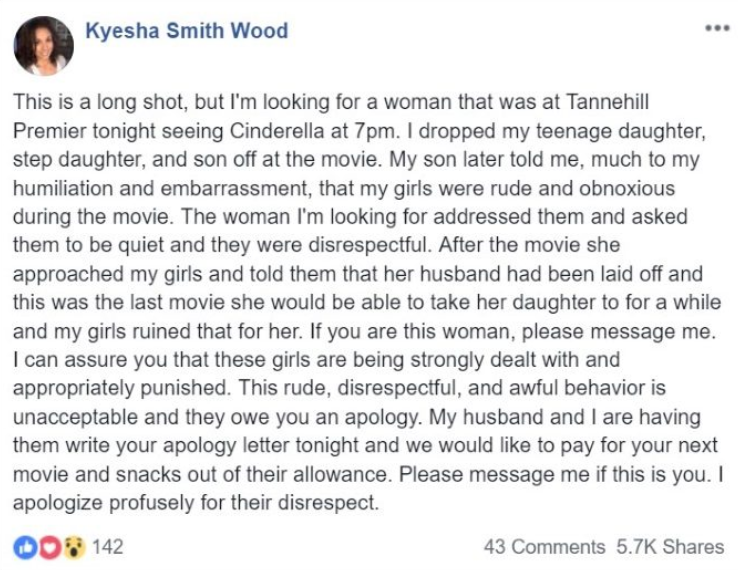 Kyesha finished by apologizing to the woman her daughters were rude to, and said that their behavior is completely unacceptable.

The girls are writing apology letters and would be paying for a new movie and snacks for the mother and daughter from their own personal allowance.

As such, Kyesha asked for the affected pair to message her so they could make things right. 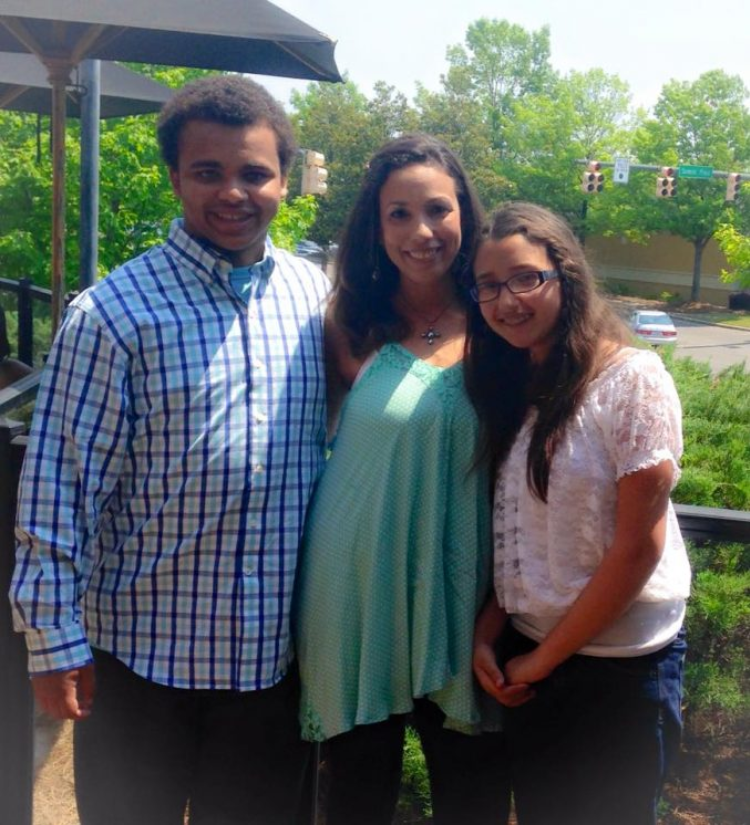 The post gained a lot of traction, finding its way to a community page and even being reposted by the Jefferson County Sheriff’s office.

This viral status allowed it to, eventually, find its way to the hands of Rebecca and her daughter.

Rebecca expressed nothing but forgiveness to Kyesha and her children, something that Kyesha highlighted when speaking to ABC.

Kyesha said that her daughters have been heavily impacted by what happened, and that they’ve learned the lesson after feeling so mortified, so they know not to do it again.

She also insisted that Rebecca was the story’s true hero, speaking so highly of her humbleness and grace. The two have since become friends!