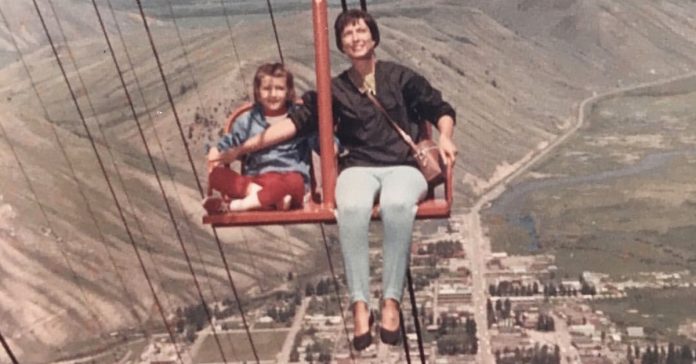 We hear it all the time from our parents, grandparents, and older relatives: “Back in my day…!” And we can’t blame them – it’s really true that the world today is largely different from the world that they grew up in.

That’s not to say, though, that their methods were better or healthier…

It’s true that those were simpler times back then, and it was definitely much more difficult for our ancestors to keep themselves occupied, find information, and get where they needed to go.

Technological advancement is great, but there’s no harm in appreciating where we came from and reminiscing on times past.

Parenting methods are also definitely not what they once were. Lots of eccentric solutions for keeping kids entertained without setting them down in front of a phone or TV had to be found.

A lot of the methods these parents used would never fly today – and they would absolutely horrify most parents!

Here are 23 pictures that show what vintage, old-school parenting – and life in general – was really like.

1. This is probably not the best way to enjoy viewing a bear at a zoo – unless you want to become bear food very quickly.

2. This family had a rather unconventional pet for two entire years…

3. … and this person’s father had the very same idea.

4. Look, I don’t blame a mother who literally just delivered a baby for wanting a cigarette and a big roast chicken.

5. Back then, this was how car seats looked like – the actual safety was in a parent being able to reach out and save their kid in time.

6. Then again, it’s not like this car seat was much better…

8. This kid’s childhood was as Australian as it could get – holding a crocodile, and sipping a beer, all while still in his diapers. (Don’t worry, it’s just light beer, apparently?)

9. When family resemblance goes too far.

10. This looks like an extremely safe way to travel hundreds of feet above ground…

11. … and this seems like a very secure and not-dangerous-at-all way to ice skate…

13. I guess there’s no better time than a Bar Mitzvah to commemorate telling your son about the birds and the bees.

14. Bringing a baby to a marijuana rally sounds like a very sound decision…

17. Sure! Hand a toddler a sparkler! What could go wrong?

18. This extremely dedicated and long-suffering mother literally became a ramp for her son’s crazy BMX-style tricks!

20. Apparently, the best way to keep a kid occupied is by letting them take a sip of your can of beer…

23. Let’s end on a classy note with these literal royal children – Princess Yvonne And Prince Alexander – smoking and drinking like party-goers in 1950s Germany. Those were the days, huh?