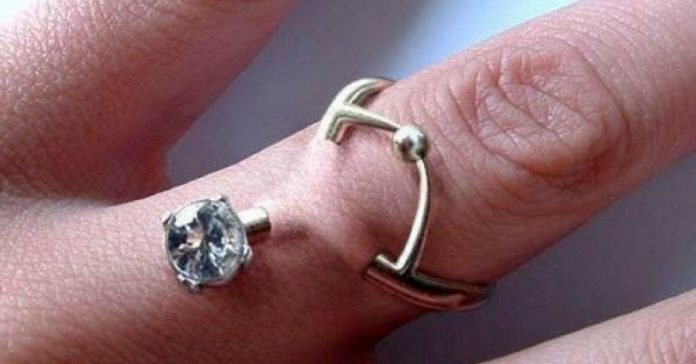 Maya remembers that when she was a Child she would be impressed by her grandmother’s engagement ring.

The piece was a diamond ring overlaid on a golden band that was enveloped with emeralds. She thought it was the most stunning piece of jewelry she’s ever seen.

Even though as a child, marriage and proposals were far from her thoughts, she would often wonder what her ring, if she ever got one, would look like.

Her father gave her mother a gorgeous set that interlocked since her mother preferred the old school way of things, nothing fancy or flashy.

As times change and society interacts with advancing technology and other factors, their ideas and preferences are sure to change.

It is not uncommon for people in modern society to prefer a tattoo of a band to the actual ring.

Some even forego the whole idea of wearing a band and decide to either stay without it or find alternate ways to show they are engaged or married.

On the other hand, some people have taken the issue of wearing wedding bands a notch higher by getting their fingers pierced.

The idea of piercing a finger to physically represent commitment is on its own an extremity.

Some people are however taking up the idea and doing it.

Most people would agree that the finger is the last place anyone would want to get pierced for many reasons.

Some of which include the fact that people need to use their hands to do daily activities like put on clothes and carrying things around.

The process is rather gory, as seen in videos online shared by CulturaColectiva on Facebook, and is not for the timid.

The videos show individuals willingly getting their skin clamped at the lower half of their ring finger after which a metal rod is pushed into the skin.

The participants get to pick between a stud or a plain bar or any elaborate design. Some have even chosen to have their wedding bands implanted into their skin.

The spot takes approximately a year to heal. Which compared to the discomfort of just wearing a band seems rather exorbitant.

After viewers watched the video clips online, most of them were appalled by the site. Some thought it was disgusting which is expected as the video is ghastly to look at.

Others were concerned with the way it would affect their jobs if they were to have the piercing done.

It brings to mind the question what if the piece were to snag on something, say a cloth. The results would be the skin being ripped off right from the person’s finger.

Other viewers questioned the point of getting married if a person cannot bear wearing a band.

Some viewers explored the possibility that the wound could become septic and the person could risk losing their finger or even hand.

The risk is even greater should the person with the piercing accidentally rip it off which would open the wound to infection.