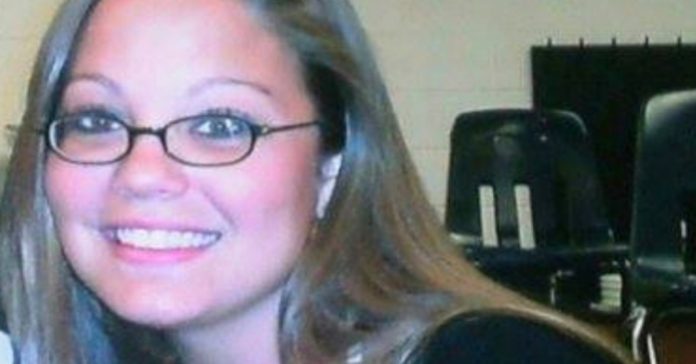 When 16-year-old Shayla Mitchell began feeling sick and her cough wouldn’t go away, she worried she may have a sinus infection and asked Tom, her father, to bring her to a doctor.

Doctors conducted some tests on Shayla the next day when she went to Fairfax Hospital after school. The doctor who came to break the news looked grim.

It wasn’t a sinus infection – it was Stage 4 Hodgkin’s Disease, accompanied by a giant cancerous tumor that has collapsed a lung and was taking up 2/3 of Shayla’s chest space.

Tom bought a pair of Native American bracelets for Shayla and himself, and they distracted themselves with dinner in an oncology room – the first of 450 that would be eaten in that hospital and the first of hundreds more to follow.

Tom and Shayla talked in depth about cancer, happy things, and bravery, and they cried and held each other tightly.

Tom placed the bracelet he had bought on her wrist and wore his own, and he promised to wear his bracelet until she had beaten the cancer.

It was a subtle symbol to both of them – for as long as Shayla was brave, Tom would be, too. They would face trials together with courage and bravery.

The next two years were filled with countless hospital nights and many hours spent in a clinic for chemotherapy. Shayla was terrified, but she held on through it.

She went through huge doses of medication that made her nauseous, she dealt with radiation and blood transfusions, and she stuck it out through countless tests and exams performed again and again.

Just a short while after beginning rigorous and exhausting treatments for chemotherapy, Shayla’s heart failed. She had to be fitted with a pacemaker.

Then, one day, as they headed towards their car for another chemo session, Shayla began to scream. Her pacemaker was malfunctioning and was shocking her body on the inside.

Tom rushed over to hold her tightly. The defibrillator within her was jolting her so much that she was almost launched right out of his grip.

When the shocking stopped, they hurried to the hospital. Shayla’s device had harmed her severely and the company that made her pacemaker had to send out device recalls left and right.

She had to go through a replacement surgery, and after that, she needed a bone marrow transplant.

She went through countless more forms of medical intervention before doctors finally told Tom that there was nothing left that they could do for her.

Tom was heartbroken. He didn’t know how he could talk to Shayla about the situation, but he knew their promise was to be brave. So he was, and he talked to her about it.

Their conversation was beautiful and, to him, magical – but it’s not something he’d wish on anyone else.

When they were done talking, Shayla asked him, quietly, if she was still brave.

Tom realized just how hard his daughter had fought to survive and fought for herself, as well as for him.

Of course, she was still brave, and she had fought her hardest.

A couple of days passed, and then Shayla passed away, and Tom knew that, throughout all those years, she had fought bravely.