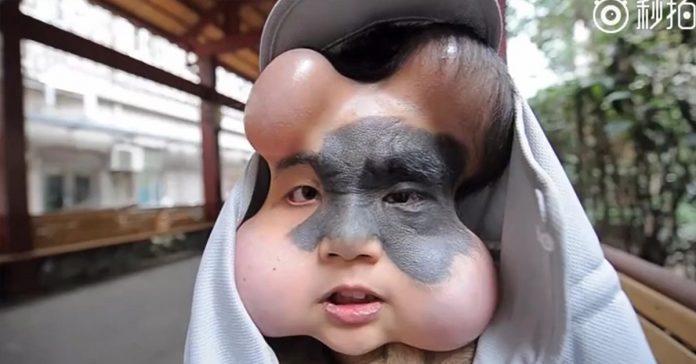 Xiao Yan is a brave 23-year-old woman from rural Guizhou province in China undergoing an unusual medical treatment to remove a massive birthmark that covers half of her face.

Yan decided to undergo the unique procedure because her doctors believe the birthmark could eventually become cancerous if not removed.

Although the woman’s massive mole, called a congenital melanocytic nevus, was unattractive, Yan figured she could live with it and disguise it with make-up.

But last year, she began experiencing facial pain for the first time and received the devastating news from doctors that the mole could become cancerous.

Last March, she checked in at Ninth People’s Hospital in Shanghai in order to receive first-rate medical treatment for her problem.

Although her family is very poor, they started a fund raising effort to cover the 100,000 yuan cost of the medical procedure’s initial stages.

First stage treatment began last fall when she had four “balloons” implanted at strategic locations throughout her face. 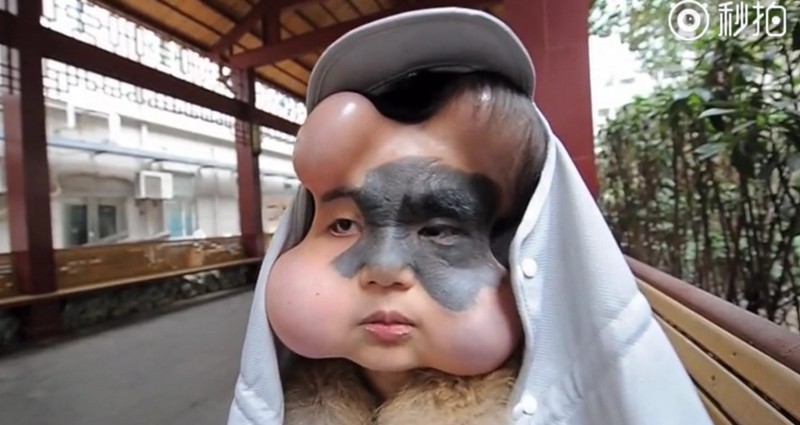 Yan visits the hospital two times a week so that doctors can fill these balloons with fluid so that they progressively expand in order to create more facial tissue.

This excess tissue is what doctors plan to use once they can remove her birthmark and graft new skin to replace the large area it has covered all of Yan’s life.

For now, whenever Yan goes out in public, she tries to hide her face because it looks so distorted from the fluid-filled balloon insertions.

Yan expects the second stage of her medical treatment will begin this June.

She is patiently waiting for that second stage while her facial skin is being stretched by the balloons.

Many people throughout China now know this brave young woman as “Gourd Doll” due to the unique shape the inflated balloons are making of her face.

But thousands of her fellow citizens have also conveyed messages of support on social media sites on the Chinese internet.